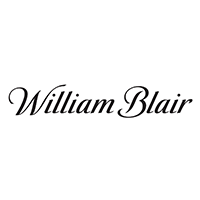 Mr. O’Connor is a senior investment professional with over a decade of private equity and venture capital experience. Currently, Mr. O’Connor serves as Managing Director and Global Head of Venture Capital for William Blair & Company.

Previously, Mr. O’Connor was a Managing Director for MVC Capital and held senior management positions within Motorola, Inc. (NYSE:MOT). Jim was Managing Director and Co-Founder of Motorola Ventures, the venture capital investment arm for Motorola, where he led numerous global transactions. In his most recent role, Jim led Motorola’s Technology Acceleration Program where he worked closely with a global team of technologists, to prioritize technology programs, create value from intellectual property, and guide creative research from innovation through early-stage commercialization. In 2006, Jim was named to the American Ventures Magazine (AVM) “40 UNDER 40” list. Before Motorola, he worked for A.T. Kearney as a management consultant and the U.S. Treasury Department in the areas of Domestic and International Finance as a White House Fellow. Additionally, he held roles at Ariel Capital Management and Sidley & Austin. He is Co-Chair of the Chicagoland Entrepreneurial Center (CEC) and a Board member of the Chicagoland Chamber of Commerce, the Chicago Urban League, the Big Shoulders Fund for the Archdiocese of Chicago’s inner-city school fund and serves as a Trustee on the Board of the Field Museum of National History.

He holds a BA (Government) and JD from Georgetown University and an MBA from the Northwestern University J.L. Kellogg Graduate School of Management.