How This Future Founders Fellow Got Her Product Into 3,000 Walmart Stores Across America

After her friend lost her student ID and debit card because they swapped out a phone cardholder for a phone grip, Caitie Gehlhausen thought to herself, “Why not both?”

Three years later, Gehlhausen has not only created a customizable product that acts as both a cardholder and a phone grip, but she’s recently made a deal with Walmart to sell her product in 3,055 Walmart stores throughout the United States. Justly naming her product the Socket Lock-It, Gehlhausen’s unique patented phone accessory impressed the Walmart buyers, despite having to compete with thousands of other products in every industry imaginable.

For Gehlhausen, the journey to getting her product in Walmart was a mixture of silence and surprise. But now with the big deal behind her, she’s ready to (literally) get her product in the hands of customers across the country.

At 22, Gehlhausen would be considered by many to be a young entrepreneur. But the Socket Lock-It founder already has years of business experience behind her. Coming up with the concept during her Freshman year at High Point University, Gehlhausen’s early-stage of development happened while she was still studying. Luckily, one of her biggest target markets, students, lived right alongside her at school. This allowed her to find product-market fit quickly, by recognizing pain points and challenges her fellow students faced with their valuables, along with trends taking place in the phone accessory market. She noticed fewer students using purses or wallets to carry around their cards because they lacked accessibility. At the same time, the popularity of phone grips increased drastically, with millions of people attaching the customizable fidget to their device. And after her close friend lost her cards because she switched her cardholder to a phone grip, Gehlhausen knew it was time to get to work.

Still in school, Gehlhausen made sure to find time to focus on her idea. After researching to confirm there were no products in the market that could compete with her vision for the Socket Lock-It, she started with a sketch. Later receiving a prototyping scholarship, she was able to design her product and get it patented. With her product developed, Gehlhausen went back home to Indiana to get it manufactured. Connecting with Mike Leagre and his plastic injection molding company, Progressive Plastics, Gehlhausen had no trouble getting her product manufactured. “She has created something out of nothing. And that something demands attention,” Leagre said in conversation with Lauren Casey of Hiring Hoosiers WRTV.

“That [Socket Lock-It’s innovation] affects every facet of the manufacturing process. There’s prototype tooling that suddenly had to be commissioned. We’ve got assembly workers. We’ve got production operators, tooling people that all are touched by a new product.” – Mike Leagre (Hiring Hoosiers WRTV)

Leagre even credited Socket Lock-It with the potential expansion of his own businesses, knowing the new product’s success would require more staff of his own. And for Gehlhausen, this new partnership allowed her to focus on getting her product into major retailers across the country, with Walmart being the number one target.

Selling your product in Walmart is no easy task. “Getting your foot in the door with Walmart is probably the hardest part,” said Gehlhausen. She approached Walmart through their 2020 Open Call, an event where entrepreneurs are able to pitch new, niche, and innovative products to real Walmart buyers. Applying for the Open Call twice, Gehlhausen was insistent in her approach. Not even receiving a “no” from Walmart after her first application, she tried again just a couple months later, stating, “again, I didn’t hear anything back from my application, it was radio silence.” Waiting patiently for 6 months through the pandemic, Gehlhausen finally heard back and was invited to virtually pitch her product to Walmart buyers. 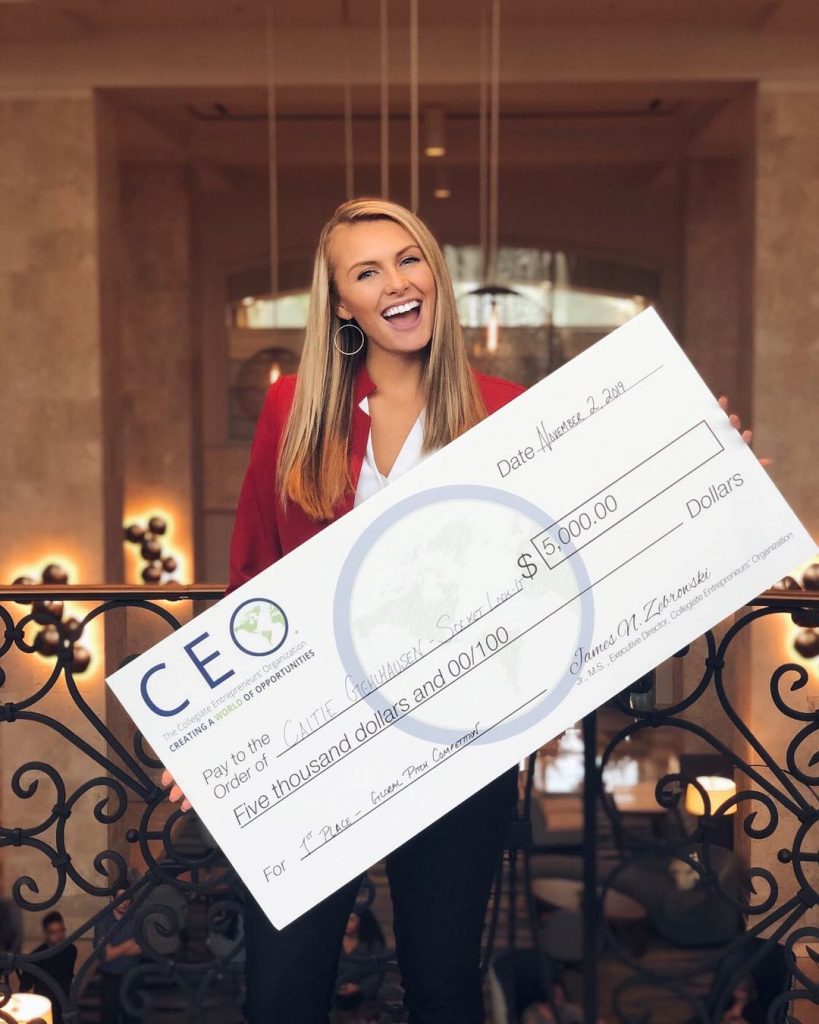 “The Open Call isn’t like your normal investor type pitch or a pitch competition, you only have 30 minutes in total to pitch to the buyers,” said Gehlhausen, “they even recommend narrowing that down to 12 minutes, in-case the buyers interject with questions.” Going into the pitch, the Socket Lock-It founder felt confident with her story. Competing and winning prize money in the 2019 CEO Global Pitch Competition, the 2019 HPU Business Plan Competition, and the 2019 Future Founders U-Pitch Competition, Gehlhausen went into the Open Call already on a roll. She prepared for the competition by researching Walmart both online and in-person. “I probably walked through over a dozen Walmart stores to identify any in-person competitors, and in the end I only found one incomparable phone wallet,” said Gehlhausen. Having extensive proof of a gap in Walmart’s phone accessory offerings, Gehlhausen tightened up her story and pitched.

“I talked to probably a dozen people before the Open Call, and they all told me that Walmart wouldn’t give me a yes or no right away. They said it’ll be an 8-10 month long process if you even get a response,” claimed Gehlhausen. Expecting Walmart to maybe trial her product and utilize a slow scaling process, Gehlhausen was met with a surprise halfway through her pitch. “They said yes on the spot. They said they want me in [3,000+] stores by April.” It seemed that Walmart had already done their research on the potential of Socket Lock-It as well. They too realized they currently had no product like Socket Lock-It in their stores, and with a price point less than three times that of any similar competitors, Walmart’s decision on selling Gehlhausen’s product was an easy one. 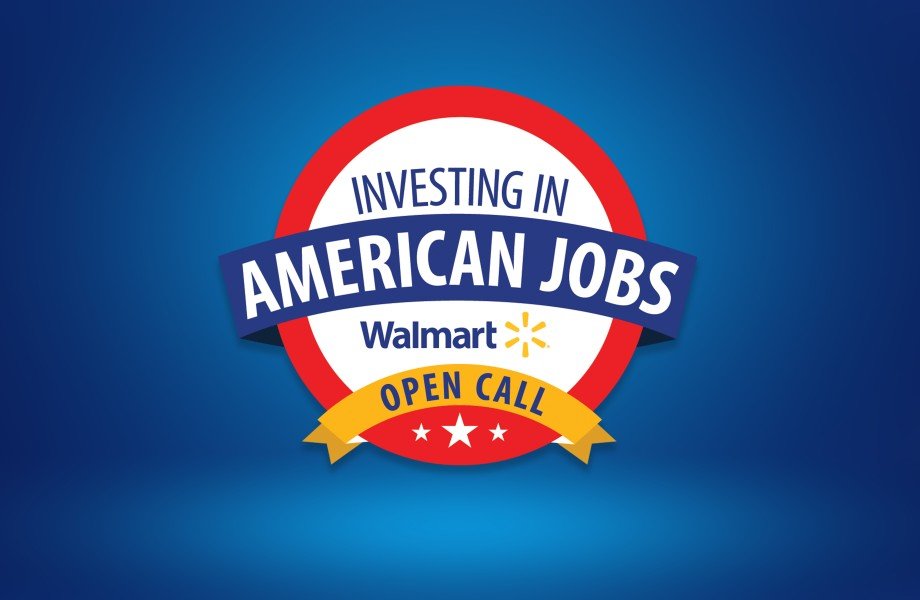 Reflecting on the experience, Gehlhausen credits her story and unique industry with the reason she beat out the 4,900+ companies that applied for the 2020 Open Call. With the most popular industries being food, health and wellness, and personal care, Socket Lock-It stood out as a customizable phone accessory. “I think what jumped out to them as well was my story about how I invented this thing in college.” Now as a High Point University alum, Gehlhausen is ready to dedicate her time and attention to developing this new partnership with Walmart.

Into the Hands of America

Looking ahead, Gehlhausen’s goals are rooted in her being happy with her business. Recently finishing the year long Future Founders Fellowship, she’s found that supporting herself first as a founder is the best way to make sure the business growth is effective. “When I first joined Future Founders, I wasn’t super into goal setting,” said Gehlhausen, “but later I started setting open-ended goals to feel good about what I’m doing with the business.” And with this reassurance came her success with the Open Call, a milestone she’d been working towards for years.

Gehlhausen plans to continue nurturing connections she’s made with Future Founders as she begins working with Walmart. “Any time that I need help in a specific area, it seems like there’s always someone in the Future Founders network willing to share their expertise,” claimed the young but established founder. Moving forward with Walmart, she’s excited to see Socket Lock-It in stores and provide them with new innovative product lines further down the road. Additionally, Gelhausen is hoping to get Socket Lock-It in two other major retailers by the end of 2021.

“I want people to walk down the street and recognize Socket Lock-It as a household name,” said Gehlhausen. And with her product to be sold in 3,055 Walmart stores across the country by April, this vision will soon become reality.