“The best experience at a restaurant is when you don’t have to pay at all,” joked Derek Canton, reflecting on how he got started with his contactless payment platform, Paerpay.

After sneaking into (and winning) the Las Vegas Money20/20 Hackathon back in 2016, Canton started to treat his joke as a problem worth solving. With experience in consulting, Canton knew his strengths as an innovator were founded in user experience. That’s why he decided last minute to attend the Vegas Hackathon (without a ticket) hoping to meet a team that would bring his idea to life. Wanting to create a restaurant experience that eliminates the tiring process of paying the bill, Canton and a team of Babson undergraduates were able to develop the first version of what is known today as Paerpay.

Winning the FirstData’s sponsor prize and the Hackathon’s $5,000 prize with his team, Canton was finally registered for the event by the Money20/20 staff. Now working on the company full-time, Canton has been able to turn his joke into a business that has processed over $1,000,000 in gross merchandise value (GMV), completed over 15,000 transactions, and is the newest member of Techstars NYC’s 2021 cohort.

Canton’s hunger for innovation seems to never be satisfied with the company making pivot after pivot during the COVID-19 pandemic. And as a self-described foodie, Canton is excited to pave the way for safe customer experiences in restaurants across the country.

Originally, the Paerpay concept was built around in-person experiences where customers could automatically pay their bill after they left the restaurant using the app. After raising an angel round, building the software, and getting ready to launch at the New England Food Show in March of 2020, Paerpay (along with the rest of the world) was hit with the COVID-19 pandemic. Not only was the New England Food Show cancelled, but restaurants everywhere were closing. Paerpay’s entire industry came to a screeching halt.

In a matter of days, Canton’s years of work evaporated into a product that could no longer be used. But this didn’t phase him. “Let’s take a minute to rethink what the whole world is going to look like, especially when it comes to making payments,” said Canton, in response to the shutdown. For starters, restaurants had to first figure out how to open back up and sell food. With many restaurants resorting to curbside pickup, Canton recognized a problem with payments. “I had this experience where I was calling a pizza shop to order food, and they required me to give my credit card number and cvv over the phone,” said Canton. “I told them, I’ve been working in this space for a while and I know that 40% of credit card fraud happens over the phone – I didn’t feel comfortable giving that information, for obvious reasons.” 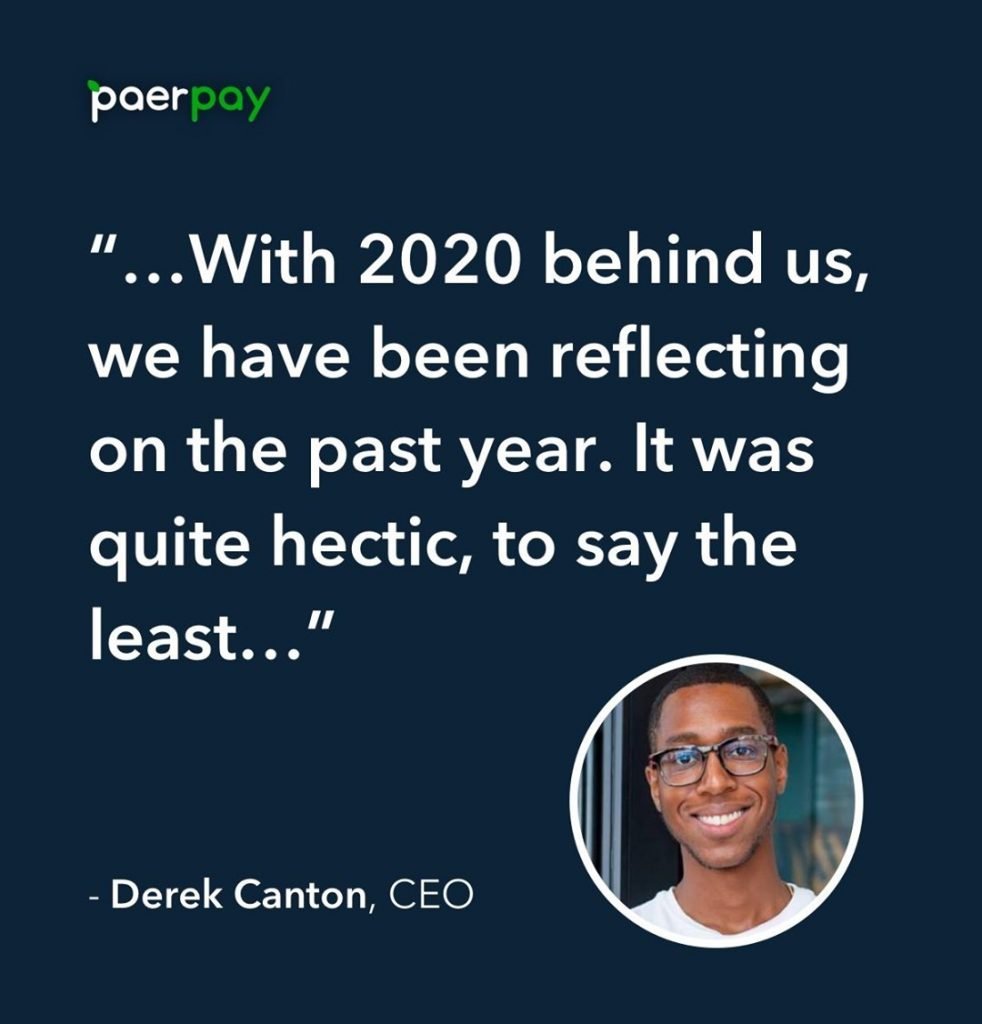 Reluctantly, Canton gave the pizza shop his backup credit card hoping that he wouldn’t have to cancel it after the phone call. This experience led to Paerpay’s major pivot and new platform structure, payment processing that is equatable to text messaging. Already having licenses from restaurant softwares like NCR Aloha and years of research under his belt, Canton knew that if they acted fast they could be pioneers of the new restaurant industry.

In just a couple months, Paerpay was able to launch their new software, making it easier for restaurants to process orders, and allowing customers to feel comfortable making the payment. After calling in an order, the restaurant would then put the customer’s phone number into their POS system – which would text the bill to the customer to let them make the payment. The frictionless transaction solved multiple pain points, with Canton listing a few of them as: “No downloading apps, no new hardware for the restaurants, no change in card processors, and a more secure and better method for the customers.” 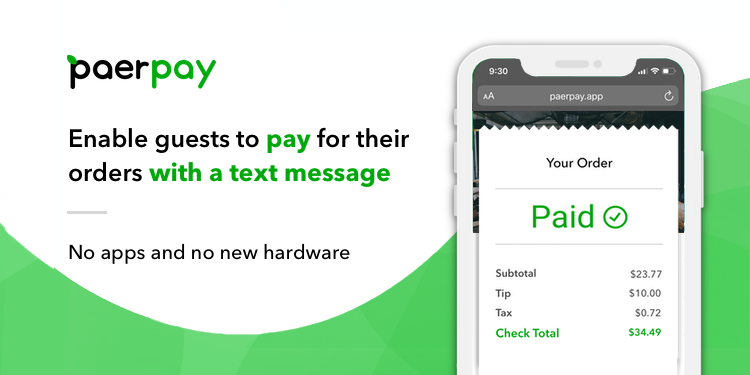 Since the pivot, Paerpay has seen constant growth and innovation. But for Canton, he’s most excited to see restaurants be able to operate in a safe and efficient fashion.

The Main Course of Action

In a study Paerpay conducted with one of their merchants, they found that the restaurant made $26,000 more from checks and tips in just 40 days using the new software. Clearly, the streamlined payment method made customers more satisfied and willing to buy in the restaurant experience. Being flexible in how they integrate with different POS systems and card processing systems that restaurants are contracted to has been another key incentive for Paerpay’s customer base. Instead of months of training with a hefty price tag attached, Paerpay’s solution can be set up within a week and immediately start adding value for the restaurant. 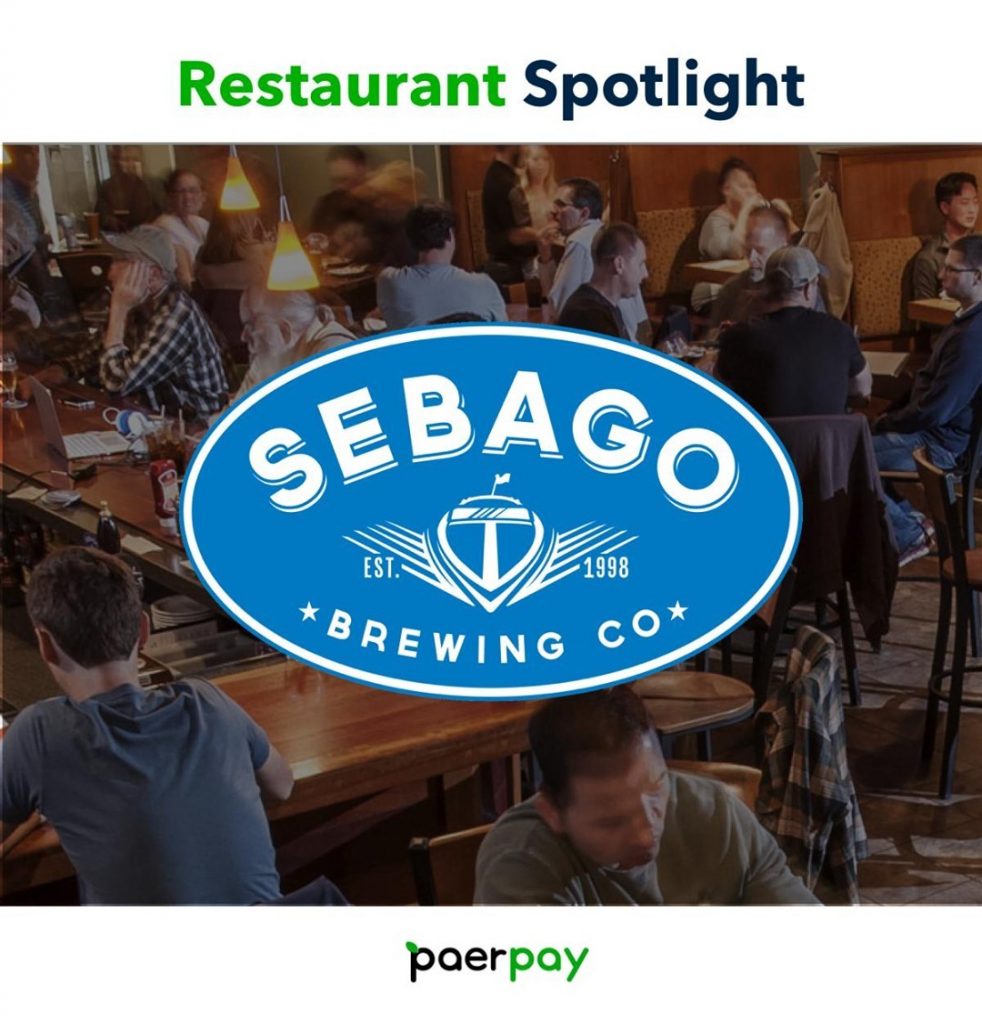 “We’ve proven that we have a product that works fantastic and adds a ton of value to our merchants,” said Canton, “but now we need to go from a handful of merchants to thousands.” Scaling is Canton’s number one priority, because the restaurant industry is changing in a multitude of ways. Confident in their product-market fit, Paerpay hopes to establish themselves as a leader in their new area of specialty, contactless payments. With their major pivot being a reaction to the problems caused by the pandemic, they need to be able to sell their contactless solution as a software that will be of benefit for their merchants years down the line. “Because the [contactless payment] space is so early, none of our direct competitors are much further ahead, it’s a really close race,” said Canton. With similar industries beginning to consolidate, such as Uber acquiring the online alcohol marketplace, Drizly, Canton pictures the same happening to companies like his own years down the line.

And with his recent acceptance into the Techstars NYC program, the Paerpay founder is confident in his ability to get in the doors of restaurants across the country.

After winning the Harlem Capital More Equity Competition back in October of 2020, Canton connected with the Techstars NYC managing director, Jenny Fielding, who happened to be a judge at the competition. Seeing his success and the business taking off during the pandemic, Fielding and the Techstars team knew that now was the perfect time for Paerpay to go through the four-month-long accelerator program. Having applied to Techstars multiple times prior to getting accepted, Canton was thrilled with the timing. Just recently hiring three new full time employees, Canton stated, “We’ll have a team in place that can really help support the growth that we’re going to see over the course of Techstars.” 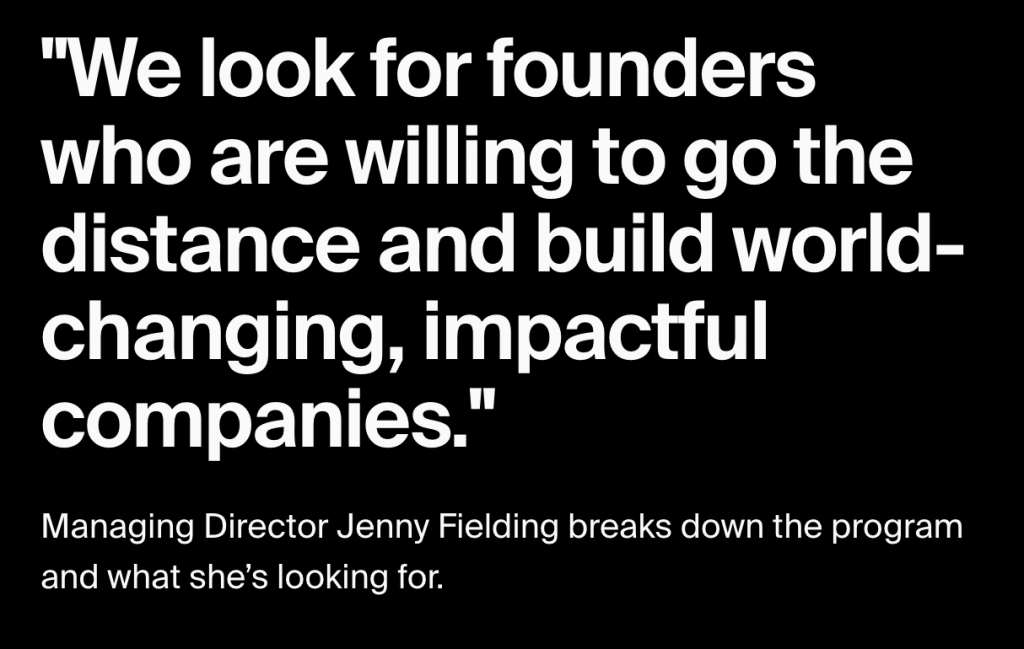 And while the Techstars program is just kicking off for Canton, he also recently finished his time in the year-long Future Founders Fellowship. “Future Founders was nothing that I expected, but everything that I needed,” said Canton, reflecting on his time in the program. He realized during the program that if he first focused on establishing himself as a well-rounded founder, then he would be able to build a healthy, operational business. “Don’t be a starving entrepreneur,” said Canton, quoting advice he received from his father before he started his first business. Learning how to balance a healthy lifestyle with the high-stress environment of a startup was Canton’s biggest takeaway from the Future Founders program. Now, unafraid to have an open mind and communicate transparency, the Paerpay founder feels more than ready to scale his business.

Preparing for a seed round of financing coming out of Techstars’ culminating Demo Day in June, Canton’s goal is to focus on long term stability and growth for the company. Instead of making financial decisions on whether or not he pays himself as the founder, Canton hopes to soon be making investments that will continue to grow the business beyond just the restaurant sector.

With reassured confidence in himself as a founder, Canton is ready to continue keeping restaurants safe while making sure that he builds a company culture that is inclusive, healthy, and inspired.

Apply for the 2021 Future Founders Fellowship.