Rising Through Risk: How Tope Awotona Turned Impatience Into a $3 Billion Company

According to Crunchbase & CBInsights, only 2 of the 240+ unicorn companies (private companies with a valuation of over $1 billion) in the United States are founded by Black entrepreneurs. Tope Awotona, founder of automated scheduling software Calendly, is about to become the third.

Awotona’s story as an entrepreneur takes us around the world, shows us that no matter how many risks you have to take, hurdles you have to jump, and failures you leave behind, as long as you’re persistent, you will eventually find success.

Growing up in Lagos, Nigeria, Awotona was inspired by his dad’s dreams and his mom’s discipline. Both his parents had started and operated multiple businesses during his childhood, and after his father’s life was cut tragically short during a carjacking when Awotona was just 12-years-old, he dedicated his life to continuing his family’s tradition of entrepreneurship.

Luckily, the genetic mix of a dreamer father and a disciplined mother turned out to be a perfect combination for success. After three failed startups, emptying his bank account, prejudiced fundraising, and a risky trip to unsteady Ukraine in 2014, Awotona and Calendly have recently closed an investment round of $350 million, which values the company at $3 billion.

For Awotona, this valuation is the result of a very long journey full of risks, pivots, and heartbreak. But thanks to his obsession with time, this journey has an incredible ending.

A glimpse into the SaaS platform that is Calendly

Awotona has been ahead of the curve since he was young. Graduating high school two years early at the age of 15, he saw himself as a restless student filled with impatience. This impatience is eventually what led to the creation of Calendly, though the idea didn’t come to Awotona right away.

After his family moved to Atlanta in 1996 and he took a job in the sales department at Dell EMC, Awotona tried his luck at entrepreneurship. One after another, his startup ideas seemed to fail, and it took him quite a bit of money and patience to figure out the reason why. After founding a dating app, a projector company, and a grill company, Awotona finally realized what his problem was – a lack of passion. 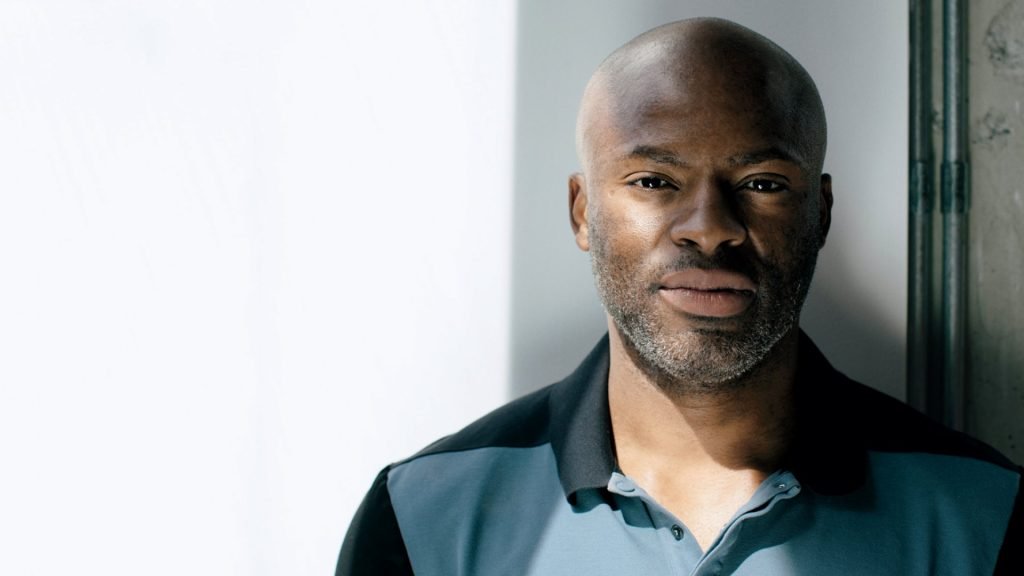 Dejected but not deterred, Awotona refused to quit. He knew he wanted to build a business, and his impatience wouldn’t let him stop until he did so. And so, he began reaching out to potential investors and partners to discuss new ideas. But this proved to be a struggle, as Awotona quickly learned that it took multiple back-and-forth emails to simply schedule a meeting. Hunting for a scheduling software to ease this process, he couldn’t find one that was both user-friendly and efficient.

It was here that his new idea clicked. Identifying a problem rooted in time, Awotona felt he had found something worth working towards. And so began his journey with Calendly.

“I raided my bank account and 401(k) to launch Calendly in 2013,” said Awotona in conversation with Cameron Albert-Deitch of Inc. Magazine. Risks beyond just money were involved in the foundation of Calendly. Awotona had no experience in software development, and he needed a company to help build out the tech. Completely bootstrapping the company at first, Awotona took multiple trips to Kiev to meet with a tech company that would help him build the software at a price he could afford. During his third trip in 2014, Awotona found himself sitting in his hotel room as a violent anti-government protest took place right outside. 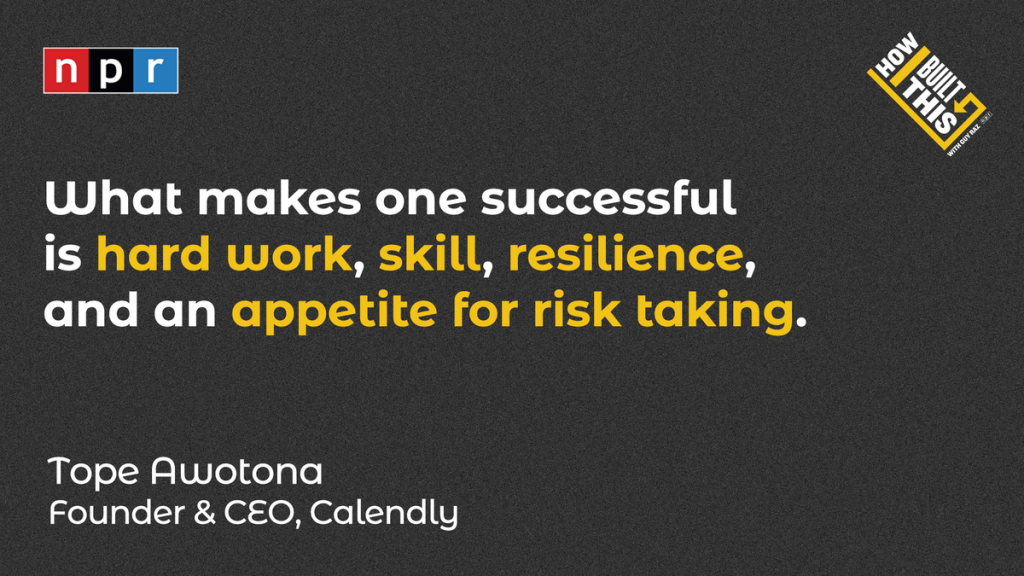 But Awotona’s patience for solving impatience kept him there to finish the work needed to build Calendly, and eventually, he made it back to Atlanta where the company’s growth hasn’t stopped since.

The Prejudice Can Wait

Aware of the historic pattern of struggles founders of color have when raising outside capital, Awotona wanted to build the best business he could without anyone else’s money. His full-throttle bootstrapping approach also taught him how to stretch his dollar and be smart with his wallet, even if that stretch might include a dicey trip to Ukraine. After developing a solid product and seeing traction in the very first year of business, Awotona decided it was time to acquire outside funding to help with stability and growth.

“The percentage of venture capital dollars going to women-founded companies has barely budged since 2012, and the numbers are even worse for Black and Latinx founders — only 1% of VC-backed founders are Black, and less than 2% are Latinx.” – Harvard Business Review

Up until this year, Calendly’s only outside funding came from their $550,000 seed round, led by local firm Atlanta Ventures. Growing steadily, other VC firms constantly said “no” to Awotona as he watched money go to other companies with ideas that didn’t last. “Those VCs were ignorant and shortsighted. The only thing I could attribute [rejection] to was that I was Black,” said Awotona. But this prejudice didn’t stop him. Again, he decided to take the money he had and make the most with it.

With his mother’s discipline in his bloodstream, Awotona was able to turn a profit in 2016, hit a million users in 2018 (today they have over 30 million), and earn $70 million in revenue in 2020 alone. Each milestone has seen the size of the company grow as well, with Calendly now employing almost 200 people at their Atlanta headquarters. It seems that now in 2021, Awotona’s impatience has finally paid off.

On January 26, 2021, Calendly completed their $350 million Series A funding round, led by OpenView Venture Partners, a Boston-based expansion stage firm. With this funding round complete, sources estimate a $3 billion valuation for Calendly, establishing them firmly as a “unicorn”. With Awotona becoming the third Black founder to achieve this status, there’s hope that soon the pattern of prejudice within fundraising will shift towards a more equitable system.

Reflecting on the milestone, Awotona only sees this as a reason for him to work harder. In the Series A announcement, he claims that his next goal for Calendly is to reach $1 billion in revenue. And as a man who travelled the world just to fix his calendar, Tope Awotona seems to know just the right time to take a risk.

[Note: This is part of an ongoing series of feature articles highlighting inspiring Black entrepreneurs during Black History Month. Be sure to follow Future Founders on social media to be notified each time a new article is released.]