Shots on Goal: How Mentorship Led to CareerQuo’s Successful Pivot

As the world began to nosedive into a pandemic outbreak, business owners all over America were preparing themselves for the worst, including Khaled Selman of CareerQuo.

Khaled, a University of Memphis graduate, participated in the Spring 2019 Future Founders Startup Bootcamp, just a year after he made the move from Memphis to Chicago. There, he represented CareerQuo in the program, which he founded with fellow Memphis locals Derrick Reives and Venki Mandapati. During Khaled’s time in Startup Bootcamp, he and his co-founders were able to improve their product, however their attempts to make that initial sale all seemed to miss the mark. They were constantly shooting their shot with potential customers before the pandemic, however the window of opportunity seemed to be closing quickly. That is, until March, when the company landed a major deal with the Youth Job Center, a nonprofit located in Evanston, IL. A deal that’s served as a springboard for other major deals and opportunities for the company.

All it took was some tough love from their mentor Jeff Coney, who encouraged the CareerQuo team to keep taking shots on goal. Because eventually, one will go in.

Who, What, and Where is CareerQuo?

Founded in September of 2018, CareerQuo is an on-demand social video platform organization that connects all your members in a virtual community to share and learn. The company first got its start at the University of Memphis, where Khaled met fellow student Venki, who at the time was interning as a Web Analyst at AutoZone. It was here where Venki met Derrick Reives, an MIT grad who saw value in Venki’s original CareerQuo concept, a virtual platform for mentorship. Derrick states in an interview with cityCurrent that his motivation to start the company was that, “once [he] got older, [he] realized that mentors are a very important part of life.” Pursuing a degree in accounting and data analytics, Khaled joined the team to handle financials, and together they competed in the semifinals of the 2019 BYU International Business Model Competition. They also saw some initial funding by some angel investors, and with a working beta, it seemed like CareerQuo was bound to take off. The only thing left for them to do was to make some sales. 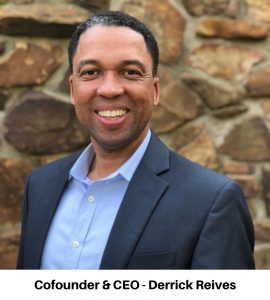 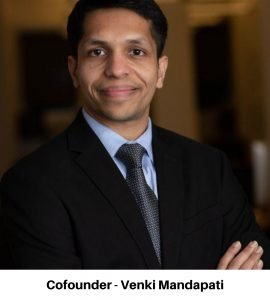 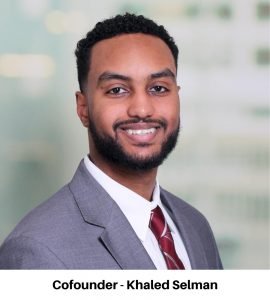 Khaled, Venki, and Derrick had made some initial customer discovery research by talking to schools, students, and professionals. They had identified higher education as their original target market because there’s always a need for mentorship, however as Tina Hrabak, Director of Startups at Future Founders, mentions, “higher ed is probably only second to the government in being a bear to sell to.” Tina currently leads the Startup Bootcamp at Future Founders, and worked with Khaled via monthly programming and workshops throughout the bootcamp. During this time, Khaled and his team struggled due to there being a lack of need in schools they were targeting. While some schools were using the beta, they couldn’t seem to land a sale that would promise financial success in the long run.

“The Future Founders Bootcamp came to us at a really great time.” – Khaled Selman

Thankfully, one benefit of being in the Startup Bootcamp is that you are paired with a one-on-one mentor. Khaled was paired up with Jeff Coney, an Independent Board Advisor for multiple organizations across the Chicagoland area. This mentorship proved to be one of the most valuable connections for CareerQuo. 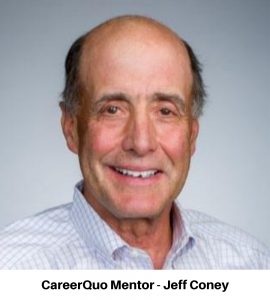 While Khaled was in the Startup Bootcamp, he had multiple calls per week with Jeff to talk about the business. “During my mentorship with them last summer, I kept pressing on them that it’s always tough to crack that sale,” said Jeff. He asked himself, “What’s the target market? What’s their (the customers) compelling reason to buy? Some of this stuff just wasn’t clear to me, and I had some pretty hard conversations with them about it.” Tough love seemed to be the main takeaway on both ends during Khaled’s time in the bootcamp, but ultimately, it’s what led them to success. In the months following, CareerQuo used their learnings from Tina and Jeff, and continued to conduct customer research, improve their product, and look for opportunities in the market.

Around this time, COVID-19 was making its way to America, and many companies and organizations were taking their work virtual. In response to the pandemic, CareerQuo sent out an email to its network announcing that they would be offering their services free of charge for their current users. Prior to this pivot, CareerQuo had been charging clients (including students) per session, however discussions regarding KPIs and customer needs during the Bootcamp and with Jeff led to the realization of the opportunity of a subscription model. Rather than charging their end users, they found that selling to the school department and organization heads would lead to more sustainable revenue, and make the product free for their end user. With organizations, schools, businesses, and nonprofits all going virtual, finding ways to engage members, staff, and students was in high demand. And that is exactly what CareerQuo provided.

The Shot That Went In

When CareerQuo sent out the announcement of their pivot, Jeff instantly saw opportunity. “Jeff introduced us to the Youth Job Center and they said yes on the spot.” said Derrick, “we thought, wait a minute, this could be a thing with nonprofits right now.” Youth Job Center is a nonprofit that equips young people with the skills and confidence they need to get a job and pursue a career. Jeff has been on the YJC’s board for over 15 years, and knew the company was looking for an online platform to train and engage their youth. Jeff introduced the CareerQuo product to YJC as,

“Zoom on steroids, with a lot of other bells and whistles.”

Just a couple months later in July, YJC sent out a press release announcing their official partnership with CareerQuo to provide virtual career advising and employment skills training. Included in the press release was CareerQuo’s website and a referral that, according to Derrick, attracted 3 new leads in just the first day. Their choice to make a pivot proved to be successful, and for Venki, “the original mission of CareerQuo was to help people in their career and in life, even now that still hasn’t changed”.

For CareerQuo, the future is bright even in the darkest of times. “I’m thinking about what it will be next. We will probably talk to him about scaling.” said Derrick, when asked how they plan to leverage their mentorship with Jeff. Creating a network of entrepreneurs has always been a goal for Future Founders, and it’s been amazing to see this mentorship between CareerQuo and Jeff last beyond Startup Bootcamp. As an Alum of the Bootcamp, Khaled encourages entrepreneurs to participate in Future Founders programming because it gives you a unique opportunity to collaborate with founders from different backgrounds and ages who are at different stages of their entrepreneurial journey.

CareerQuo’s plans for the future are to continue improving their platform, seek more investors, and maybe even expand to other countries a bit farther down the line. For Khaled, future success relies heavily on heeding Jeff’s advice of taking many “shots on goal”. Because your chances of scoring go up in direct relation to the number of shots you take.

And with the number of amazing shots CareerQuo is currently taking, it’s only a matter of time before we hear about another huge goal.

Visit CareerQuo and request a demo for your own organization’s virtual community.

Read the CareerQuo Press Release from the Youth Job Center.