"Be Your Own Boss" Summer Camp Blog | Future Founders

"Be Your Own Boss" Summer Camp Blog

Today at Future Founders, we kicked off our annual two-week long “Be Your Own Boss” Summer Entrepreneurship Camp! The camp brought together 26 high school students from Chicago Public Schools, and we couldn’t be more enthusiastic about the group of future entrepreneurs that have decided to spend their summers with us. Laughter and games broke the ice as the group got to know more about each other; this was the first of many opportunities during camp to experience collaboration and creative thinking. Before lunch, we took our campers on a tour of 1871 to explore the number one business incubator in the world. Later, we gave students a preview of the camp experience and ran a design thinking workshop to help them create app business ideas. During the next two weeks, students will build out working app prototypes and pitch them to investors at our July 19 showcase. We will be posting daily blogs following the experience of our “Be Your Own Boss” campers, so check in every day to receive updates on just one of the many programs we have here at Future Founders! 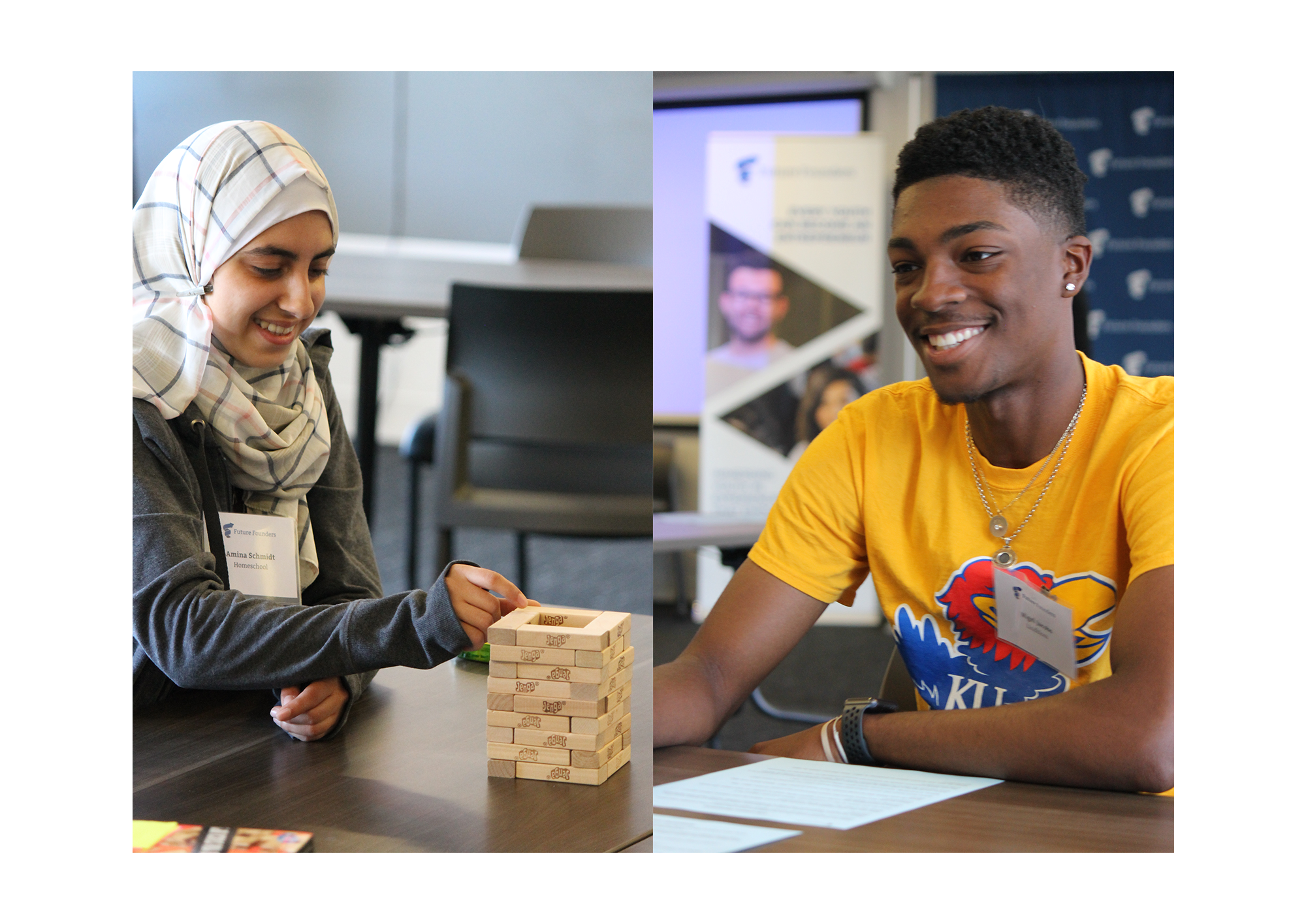 The “Be Your Own Boss” Summer Camp took to Chicago today on a 90-minute innovation hunt. Students were divided into teams that each went into The Loop to complete a series of entrepreneurial challenges. Each team (guided by our talented instructors) was given instructions with locations and objectives, and scattered throughout the city with their minds set on completing those opportunities for the most points. Each challenge required creativity, collaboration and the courage to ask strangers how they could help them solve a problem they currently faced. Afterwards, they reflected on their successes and discussed what lessons they could use to grow as entrepreneurs. With the excitement of the competition behind them, campers began to design their apps with their sights set on winning a piece of the $15,000 in scholarship money next week. 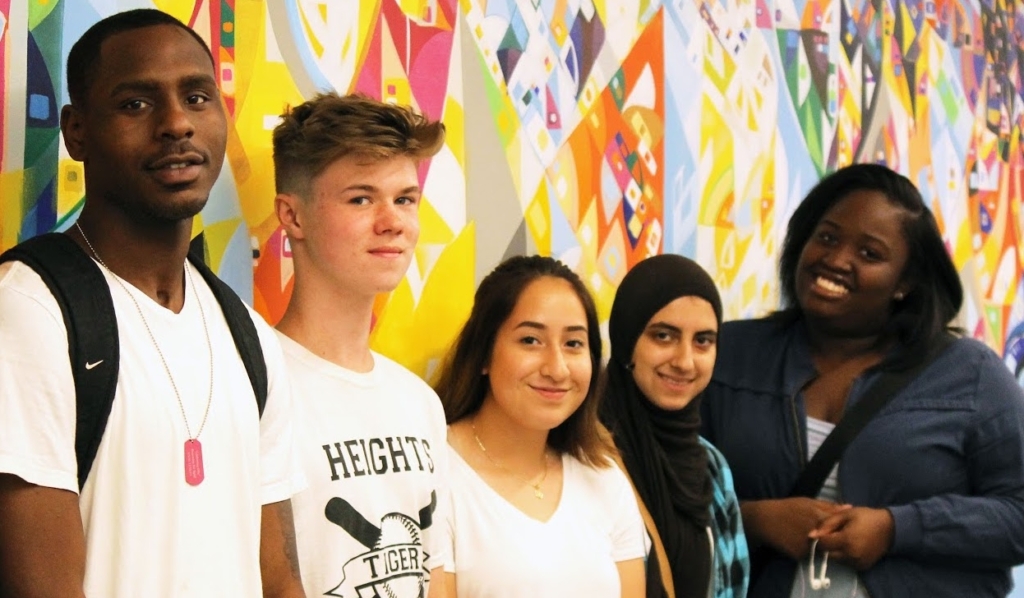 Market research was the theme of the day. While spending yesterday enhancing their app ideas, students spent much of today focused on researching competitors, potential consumers and the need for their app in the marketplace. To grasp this concept, they imagined that each team was a consultant for an established global company. Campers analyzed and researched these companies’ next big business ventures. They gathered in their business teams to conceptualize the market research needed for their own app ideas and how they could apply what they learned from their consulting workshop. Campers were introduced to their app prototyping software where they mapped out their app design, functionality and wireframes. Next step, making their app ideas into a reality with their first prototype. 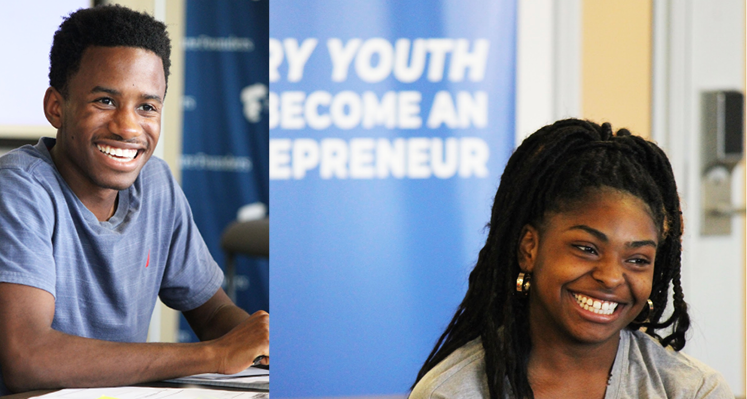 What do improv and entrepreneurship have in common? “Be Your Own Boss” campers started their day with an improv workshop from Second City veteran Erin Field. Through improv games, campers learned the importance of confidence and thinking on their feet. Our instructors led the campers in a creative activity of reimagining their app idea, where each group was tasked with writing a commercial to promote their app.

Today we left the classroom to celebrate the end of a successful week. Taking a break from our work on our apps, we all went out into the city for an “entrepreneurial” lunch. We boarded the bus for Naveen’s Cuisine, an Indian cooking class experience located in Wicker Park. With only basic instructions, campers were challenged to collaborate and create their individual and traditional Indian cuisine dishes. Naveen spoke about his experience as an entrepreneur after lunch and answered pressing questions from the audience. The experience was absolutely delicious and, afterwards, we traveled into The Loop to AceBounce Ping Pong Bar to wind down and just have fun. It was an awesome way to finish the day and the week. 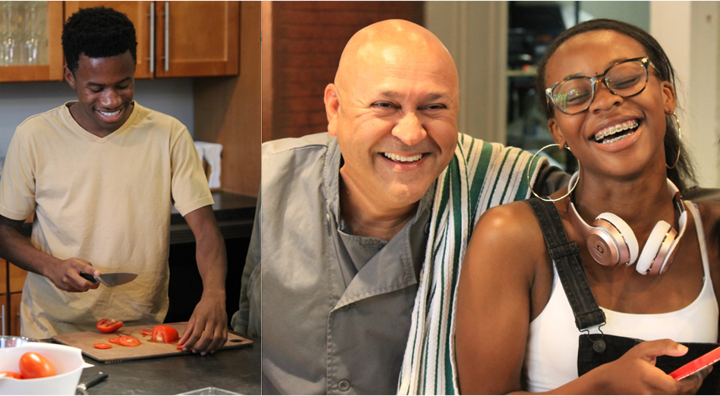 The “Be Your Own Boss” Summer Camp kicked off week two in a bold, unexpected entrepreneurial style: song and dance. Campers were introduced to the style of Bollywood dance by Ajanta Chakraborty, a trailblazing entrepreneur within the dance community of Chicago. Ajanta has been a pioneer in making Bollywood dance a staple of American exercise as well as educating others about her culture through picture books that she has written. After the dance lesson, students heard Ajanta’s story and were able to ask her questions about her entrepreneurial journey to establish a dance studio. Similar to what it is like being an entrepreneur, each camper had to get out of their comfort zone by engaging in a new style of dance in front of others. After their trip to Bollywood Groove, campers headed back to Future Founders HQ. Students worked for the rest of the day on designing their prototypes, because tomorrow their apps will be put to the test and receive feedback from entrepreneurs leading real companies.

With the first draft of their prototypes completed, campers prepped for one of the most valuable tools an entrepreneur can use: a focus group. Our own COO, Katie, gave a presentation on pitching and how a good pitch could be the difference between a business idea becoming a reality or never leaving an entrepreneur’s head. After Katie’s “pitch” on pitching, campers took the entrepreneurial initiative to research the Future Founders mentors coming to meet with them and their current business ventures. Future Founders #Residents, #Fellows, and #alumni came to 1871 to serve as mentors to each team, but ultimately be a voice of feedback and reflection for the students. Focus groups soon began as the mentors gathered in our office space with the student prototype drafts in front of them to review. Similar to how real focus groups work, the campers watched in the room next door through a video conference call – they were able to see and hear user experience of their app in real time. This provided an environment of unbiased evaluation that they would use to further develop their apps in the last few days before the competition.

Tomorrow is the big day: the day of the competition and showcase. While most were nervous about what lies ahead, campers spent the morning conquering a more tangible fear in the form of a 30-foot rock climbing wall at Brooklyn Boulders. Campers were able to ask questions of the gym’s owners and how they expanded from Brooklyn, NY and became franchised all over the country. This rock climbing experience was the perfect opportunity for individual goal setting and group collaboration; students will need both to succeed tomorrow if they want to walk away with some scholarship money. They headed back to Future Founders HQ and spent the rest of the day touching up their prototypes based on the feedback that they received yesterday. 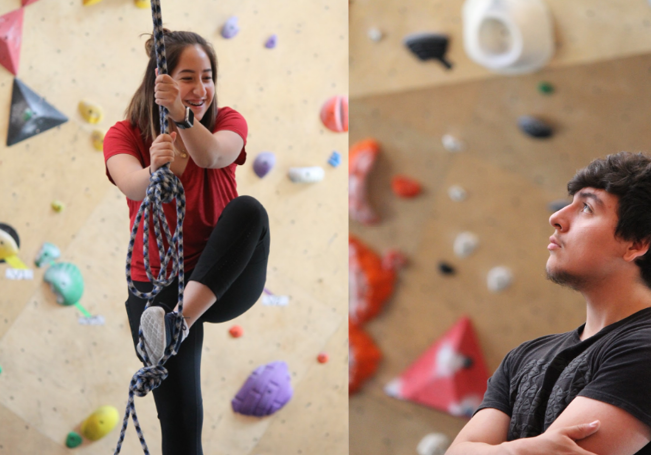 Pitch day has arrived. Teams spent the morning preparing to pitch in front of judges, local entrepreneurs, and family members by practicing with our instructors and each other. At two-thirty sharp, the various judges arrived to put the camper’s business concepts to the test. Sponsored by the Ford Motor Company Fund, the winning teams would take a piece of $15,000 in scholarship money. The students felt the pressure of standing out and impressing the judges, but also a sense of responsibility for how much scholarship money they could take home. Four at a time, teams went in front of a panel of judges and gave their pitches. After pitching was completed and judges began deliberating, guests began to arrive for our showcase in the 1871 auditorium and watched as teams pitched their apps. The day ended with an award ceremony for the top teams selected by our judges and both parents and campers enjoyed an array of food as we celebrated the successes of all of our Future Founders. Congratulations, everyone! 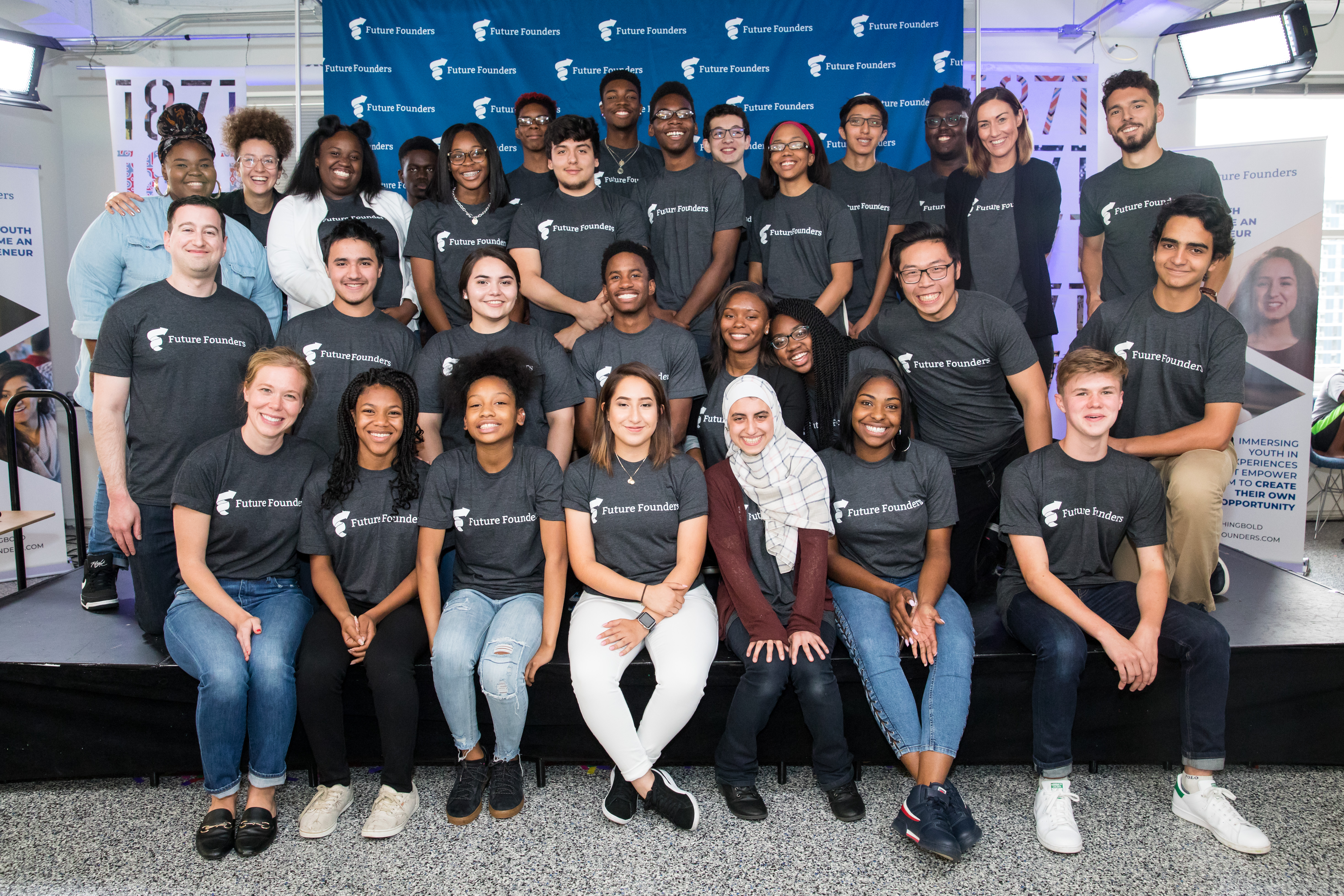 The “Be Your Own Boss” campers have grown so much, and we spent this final half-day in reflection to realize how far they have come in two weeks. To complete our time together, we finished how we began: we all gathered in a circle to appreciate each other. How have they grown? How would they continue working on their apps? How could they introduce their product to new markets? What additional resources did they need to develop their ideas further? Finally, in a grand finale, musician and entrepreneur Sam Trump stopped by to perform and talk/inspire the campers. We are beyond excited for the future of these founders, their apps, and for the opportunity to do it all again with next year’s cohort! 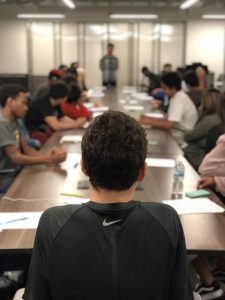