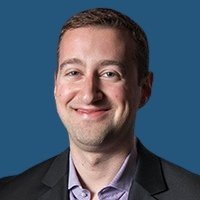 Scott Issen (he/him) is an entrepreneur and President & CEO of Future Founders, a non-profit that is building the nation’s largest inclusive community of intentional young entrepreneurs and entrepreneurial-minded leaders. As one of the organization’s founders, Scott created an unparalleled suite of entrepreneurship programs for youth aged 12 to 30-years-old. During his tenure, Future Founders has served over 44,000 talented young people and received local and national recognition for its impactful work.

Prior to launching Future Founders as a standalone non-profit, Scott served as Managing Director for the Chicagoland Entrepreneurial Center (CEC), an organization that today runs 1871. In this role, he led the organization’s finances, marketing, public relations and operations. Scott raised over $1 million through his fundraising efforts, managed staff members and provided strategic guidance to the CEC’s Board of Directors.

During his time with the CEC, Scott successfully launched the Future Founders youth entrepreneurship program, which spun out of the CEC in September 2011. The program was recognized by Mayor Richard M. Daley, the Chicago City Council, the CEO of Chicago Public Schools and various media outlets. Scott also oversaw the annual Momentum Awards Dinner that grew to a $1 million+ event with 950 attendees in four years.

In addition, Scott was a CEC business advisor and counseled entrepreneurs on debt financing, market and channel analysis, lead generation strategies and corporate positioning and messaging. He served on numerous strategic advisory boards for entrepreneurs and was recognized in 2006, 2007 and 2008 for outstanding support on three advisory panels.

Scott is a member of Entrepreneurs’ Organization (EO) and The Economic Club of Chicago. He is U.S. Nationals Chair for the Global Student Entrepreneur Awards (GSEA) and serves on the board of EO Chicago as GSEA Chair.

Previously, he was a board member for Mishkan Chicago, a member of the Washington University Chicago Regional Cabinet, and the Chicago Ideas Week YOU(th) Advisory Committee. Scott was also a Chicago Co-Chair of the Washington University Alumni and Parent Admission Program, a director for the Smart Bet Charity and a founding member of the Program Leadership Council for the Illinois Mentoring Partnership. Scott is actively involved in the entrepreneurial community and enjoys speaking engagements and panel discussions.