Persistence is Key: How Sara Blakely Made a Billion Dollars Helping Women Feel Comfortable With Spanx

After auditioning for the role of Goofy at Disney World and getting denied for being too short, Sara Blakely felt like she had hit rock bottom. But behind every failure is opportunity to improve, and Blakely eventually persevered her way to building her now billion-dollar company, Spanx.

Spanx is Blakely’s unique body shapewear company that focuses mainly on manufacturing women’s pantyhoses that are thin, comfortable, and invisible under clothes. The original idea for Spanx came after Blakely’s Goofy rejection, when she began selling fax machines and wanted a way to comfortably wear sandals and a hosiery at the same time. Realizing she had identified a problem many women share, Blakely decided it was her time to sell something she actually cared about. 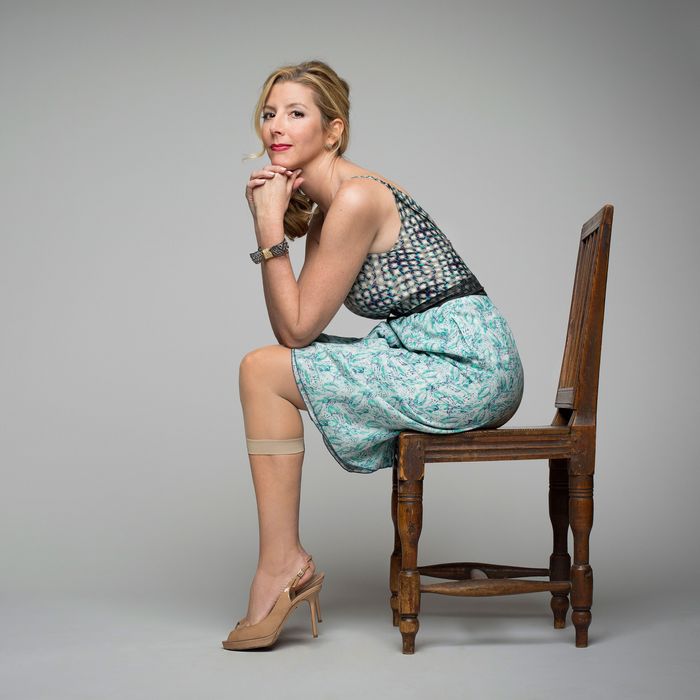 That was back in 2000. Today, Spanx is valued at over $1 billion and sees yearly revenues estimated near $400 million. Blakely believes everyone has a genius idea inside them, but to make it reality you have to be persistent.

In conversation with CNBC Contributor Gillian Zoe Segal, Blakely recalled having failure-sharing-sessions at the dinner table led by her father. By celebrating failure, her father believed it would motivate his children to try new things and explore new options. Clearly, this lesson served Blakely well, as she didn’t let any failure – big or small – stop her from becoming one of Time Magazine’s 100 most influential people in the world back in 2012. And there were plenty of failures beyond just the Goofy incident, including her failing the LSAT twice, and dozens of floundered fax machine pitches.

But during her time working at the fax machine company, Blakely realized she liked selling, just not selling fax machines. At the same time, the Florida heat left Blakely uncomfortable with her sales attire, wanting to go barefoot with cute sandals but also wanting the slimming features of hosiery. Before Spanx, there wasn’t a footless pantyhose option, so Blakely took to her scissors to make her own. Wearing her homemade hosiery, she was excited by its maintained slimming effects, but still felt uncomfortable with the trimmed legging constantly rolling up her leg. Fed up with her job and her underwear, she decided it was time for her to try something new, and on her own terms.

For the first 5 years of Spanx, Blakely worked every day and in every department of the business. Using $5,000 in savings, she began researching how to bring her idea to life. Spending her nights after work reading about patents, making cold-calls with manufacturers, and visiting fabric stores, Blakely valued every minute. After developing a prototype, she began approaching the male-dominated hosiery manufacturers with her concept. Receiving no after no from the men (that didn’t understand the need for her product), the Spanx founder felt even more motivated. Showing up in person to a hosiery mill Asheboro, North Carolina, she was again rejected. Luckily, the daughters of the mill’s manager empathized with the problem that Blakely’s product solved, and pushed their father to say yes. Soon after, it became clear that the Spanx product had potential. 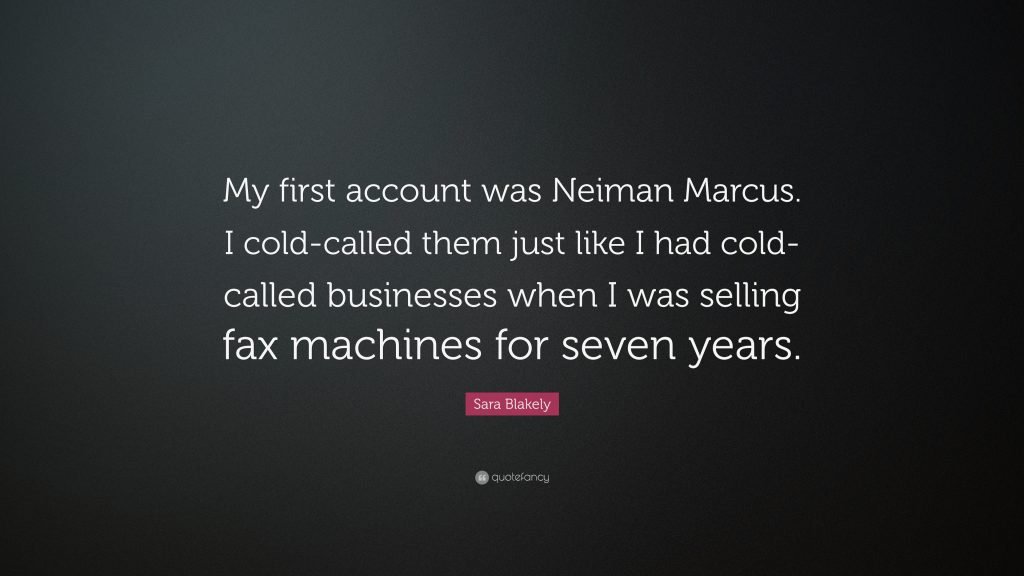 Blakely made her first big deal with luxury department store Neiman Marcus after showcasing her pitching her abilities. “Sara’s effort was to solve an age-old problem for women in a modern way,” said former CEO Karen Katz in conversation with Forbes magazine. Successful sales at Neiman Marcus led to more department stores wanting to sell Spanx as well. Taking a risk, Blakely started shipping samples to Oprah’s stylist. Soon after, Oprah began wearing Spanx and fell in love with the product. Naming the panthyose her favorite product of the year, Oprah gave Spanx the spotlight, forcing Blakely to finally quit her fax machine position and commit to the business full time.

Making the decision was easy for Blakely, and it definitely paid off. In just its first full year of business, Spanx made $4 million in revenue, only to double it the year after. By providing women with comfort, Blakely had finally reached a point in her life where she felt comfortable not with just her body, but also with coming to terms with her previous failures.

Since Blakely first founded Spanx in 2000, her list of achievements has grown extensively. Owning 100% of the company, Blakely became the youngest (age 41) self-made female billionaire in 2012 when the company’s valuation crossed the 10 digit milestone. Whitney Wolfe Herd, founder of Bumble, just broke Blakely’s record at 31, and Blakely couldn’t be more happy for the young founder. “I love seeing women (and mamas) break barriers!” said Blakely in a recent LinkedIn post.

Empowering women with comfort has been Blakely’s focus from day one with her company, but her self-made deep pockets have allowed her to support women around the world beyond just clothing. She’s donated millions to charities in South Africa that support girls and women with college scholarships. She’s homed countless single mothers and families via Habitat for Humanity. And most recently, Blakely launched The Red Backpack Fund, a $5 million fund that supports female-owned businesses affected by the COVID-19 pandemic.

It seems that Disney missed out on a superstar Goofy when they denied Blakely for the role, but in the end, Blakely’s journey as a barrier-breaking entrepreneur was still filled with goofy shenanigans and charisma. She encourages people to learn from their failure, stating in a recent LinkedIn post, “Next time you make a bad decision, don’t be so hard on yourself. It’s part of the process.” A process that’s definitely worked well for Blakely and her billion dollar company, Spanx.